Eric signed with Kyra TV Network and left BuzzFeed just before the COVID19 pandemic hit. During the pandemic, Kyra TV discontinued their service, and as a result, Eric was back to square one.

Although jobless, Eric had a following on YouTube, but did not know exactly how to channel that into a successful business venture.

So, that's when we decided to come into the picture to help Eric achieve his goal of developing a YouTube channel that would combine his love for acting and content creation.

We first had a discovery session and figured out that Eric "likes to say yes to everything" and "will do what most people won’t." We also discovered that he enjoys being comedic and bringing a smile to everyone's face.

Branding is the most important part of being a content creator, so we talked with Eric and discussed plans to create a brand identity for his channel. This is where we ran into challenges because Eric is still searching for his true identity.

We needed to dig deeper below the surface to find out who Eric was at his core.

What type of people make up Eric's target audience? What should the audience to gain from watching his videos? More importantly, what does Eric want for himself?

Over the next few weeks, we got to know Eric fairly well.

We collaborated with him and his content advisor to find a new direction to take his YouTube channel in.

We also ran analytics to discover Eric's rate of growth on YouTube and how different factors were affecting his video engagement.

The data indicated that Eric's channel was largely deaccelerating in growth. His videos had varied reactions in terms of likes, views, comments, dislikes, etc., which indicated to us that he lacked consistentency in his content creation.

The inconsistency in Eric's videos was hurting his growth as a creator, and our next steps were to figure out what was working in his video and what wasn't.

The Data
‍
645 views/day Growth Rate 3.8%
Accuracy 5.27%
‍
Conversion Ratio 83%
Accuracy 789%
‍
Likes to Comments Ratio
Accuracy 59.4%
‍
18.8% Dislikes to Comments
Accuracy 60.2%
‍
Action Plan
‍
The data we drew indicated Eric was not consistent in connecting with his audience because of the spontaneous nature of his videos.

To help curb the inconsistences, Eric decided to launch video series that followed specific themes. One example of this was Eric's video series called “DM’ing Celebrities In Every Country In The World."

Te ultimate goal for Eric is to find a happy medium between his acting career and his YouTube career paths. Eric is still struggling to identify with which path will suit him more. To support him, we felt it was better for him to explore his acting career further to see if he felt it was the right path for him. Most agencies will advise to just stick to one. However, our philosophy is it is better to have tired and know it wasn’t for you than think back years later if you could have done it. Live a life of no regret.
‍
The Last Assignment

Last we connected via video conference, we left Eric to do an energy journal. An energy journal is a great way to decipher what is valuable in life. If you find anything is taking energy out of you, then it is well worth dropping or allocating.

To assist Eric with his exploration between Youtube and Acting we felt this exercise would help simplify his life and help him decide what was worth his effort. To date, Eric has seen an estimated 114K increase in followers and 8.6 million views from our efforts. 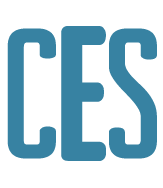